From brainwave to bullet-proof idea: refining your thinking with the Intelligent Idea Cycle

Sometimes, even people with the greatest ideas fall short because they don’t take the time to prepare and think deeply. A lot of people don’t test their ideas before sharing them widely, or make no effort to challenge their ideas in order to make them as robust as possible.

That got the Intelligent Ink team thinking. Surely there’s a process people can follow to test their ideas and make sure they are as robust before sharing them widely? At the same time, how do we ensure people don’t get so caught up in the testing stage that they become too intimidated to get their ideas out there?

That’s why we developed the Intelligent Idea Cycle. It’s a cycle we use ourselves to test our ideas before they go to market, to keep us moving forward, and stop us getting caught up too much in making things perfect. It’s a moving cycle, but what does each stage entail?

To ideate and kick off your concept, you need to begin by asking yourself what problem you’re trying to solve. Frame up the problem then let yourself be creative. Brainstorm, throw ideas out there, and write everything down (even if it seems silly!).

The important thing is to just get your ideas out of your head at this point. This is not the stage to get stuck in the how and the detail, or to try and be perfect. This is the stage to let your mind go crazy. Once you’ve got everything out of your brain, THEN you can start to narrow down to one or two good options

Once you’ve got your ideas out of your head and have narrowed them down to one or two of the strongest options, you’ll need to do some stress-testing. Stress-testing is different for everyone. For some, it might be discussing it with your team and getting feedback from multiple perspectives. For others, it might be getting a second opinion from a confidant who isn’t afraid to give criticism and explore the concept further.

The most important thing is to get feedback from trusted advisors. These are the people who support you and want you to do well, but are also willing to be honest with you when something isn’t working. It’s important to establish that your idea is useful, valuable, and applies to the right audience that you are trying to connect with. You might be surprised to find that your idea impacts a different audience from the one you originally envisioned.

The problem we see with many people getting their ideas out there is sharing them far and wide too soon. Those who share their ideas with their audience before they are ready often get discouraged when they don’t receive the response they expected. And on the other end of the spectrum, there are those who give the idea to only those who they know will say nice things – so they never get any helpful, constructive feedback.

Once you’ve taken some feedback on board, it’s time to use that feedback to establish how best to communicate your idea. A crucial aspect of an idea’s development is figuring out how to explain it so that it resonates with your intended audience – whether it’s through words, a visual, a metaphor or an analogy (or others we haven’t thought of yet!). The important thing is to put yourself in the shoes of your audience to establish what will resonate the most with them and connect them to your thinking.

Along the way, be mindful of the sort of language you are using. If you use too much jargon or complex language, you risk alienating people who might otherwise have really connected with you.

When you’ve established how to communicate your concept, it’s time to activate it and get it in front of your ideal audience.

The first time that you make your way through this cycle, you might start small – we like to start with a LinkedIn post about our idea and model to test the waters. When you put your thinking in front of the people who need it, you should get some tangible results and indications of how it’s being received. Putting something on LinkedIn, for example, provides people with an opportunity to comment their feedback, or even provide indications of their feelings through reactions and click-through rates.

The team at Intelligent Ink actually did this ourselves when we were developing The Intelligent Idea Cycle. When we first developed it in our initial brainstorming session, it only had three components – Validate, Communicate, and Activate. When Verity posted the initial concept on her LinkedIn, we had so many comments from people who felt that there was a missing aspect that included the creativity and big picture thinking required to create a powerful idea. So, we went back to the drawing board and introduced Ideate. (Side note; a big thanks to everyone who helped us with their feedback and advice!)

The whole concept of The Intelligent Idea Cycle is that it’s a cycle – meaning the process can sometimes take several circles before a concept is completely perfected.

After you’ve gone through the Activate stage and have collected all the feedback you’ve received, it’s time to return to the drawing board. Go back to the initial problem statement you generated and the solution you framed up for it – is it still the best solution? Does it still do what you need it to do? Is there a better way of doing it? Once you’ve done some deep thinking about your work and made relevant adjustments, you’ll want to go back to your trusted advisors for their honest feedback, before taking your learned lessons to the Communicate and Activate stages again to refine the way you present and explain your concept.

You might share your idea on LinkedIn the first cycle round, and then turn it into an email for your database the next. Then you might try to use it as a topic for a speaking gig, before turning it into a paid offering the following time. There is no one way to Activate something – have a good think about what will work for your audience and have the best impact.

In repeating the process and experimenting with different ways of communicating your concept, you won’t be wasting your time or resources with big investments that don’t make an impact. Rather than taking the time to create something big, by testing it along the way in smaller pieces you’ll be doing half of the work as you go.

As you make your way around the Intelligent Idea Cycle several times, you’ll find you have to make fewer edits each time. Eventually, you’ll land on a robust idea or framework that can stand up to any challenge or rebuttal. Now, your idea is an offering that’s ready to advance your business, advance your thinking, have an impact, and stand the test of time.

At the end of the day, that’s what we all want. A thought leader is someone who leaves behind a legacy that has a positive impact on people and their lives –  and stress testing your ideas and making them robust is what’s going to help you get there. 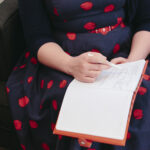 Previous Post Getting to the top: How to use thought leadership to gain a strategic advantage 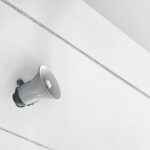 Next Post Clarity, Consistency, and Community: The 3 Cs of thought leadership