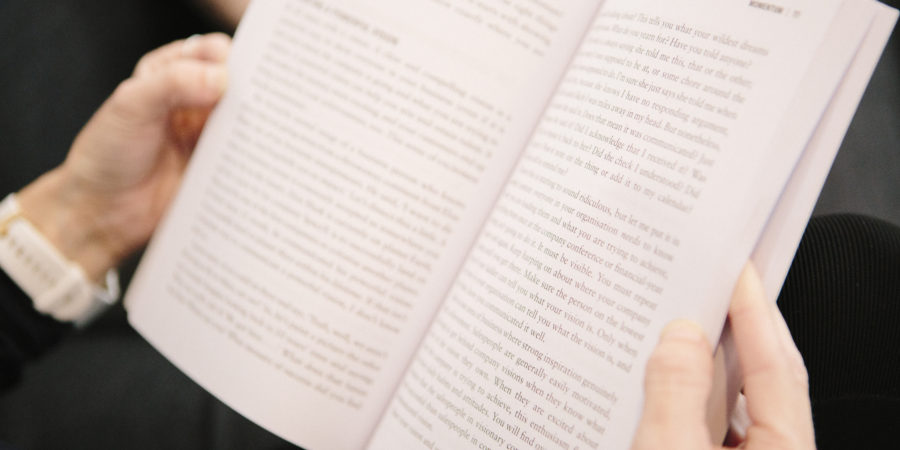 Why you can’t be a thought leader on content alone

When people think of thought leadership, many think of it as just a content marketing buzzword – what people are doing when they write LinkedIn articles and blog posts. The reality is that it takes a hell of a lot more than the odd article or two to be considered a true thought leader. It’s so much more than content alone.

So, what separates true thought leadership from the rest?

The thinking to back up what you say

A thought leader isn’t just sharing tidbits of expertise and insights purely to gain leads. It’s much more than posting on LinkedIn or sharing some commentary – it’s about having clear conviction and robust thinking behind everything you do. There’s a reason that thought is part of the name of thought leadership!

For Maurice Dubey of Q4 Associates, it’s the constant thinking and continuous learning that clarifies his thought leadership position and elevates his impact. An expert in digital workforces and automation, Maurice is committed to absorbing as much information as he can – which in turn helps him deliver so much more within his own thought leadership. He knows that work is changing, and that change is usually painful, but he wants to help the people he serves to know that changing their business doesn’t have to be hard.

Maurice doesn’t claim to be an expert in everything, but aims to be the go-to guy within the digital workforce sphere – and it shows in his thinking. He’s constantly doing the consideration and work that clarifies and elevates his thinking, in turn creating more powerful thought leadership content and offerings. His readers and community respond to his ideas because they can see he’s done the hard thinking and gained the experience to back them up.

Let’s be real; there’s more content on the internet than we know what to do with. People are overwhelmed with videos, blogs, podcasts, webinars, LinkedIn posts… the list goes on! And while it’s great for people to have access to so many great resources, sometimes things can feel a bit cluttered. It certainly doesn’t help that so much content echoes much the same thing.

True thought leaders add something new to the conversation. They’ve got a unique standpoint, and aren’t afraid to be the only one saying what they think – in fact, they thrive on it.

The world would be boring if we all thought, wrote, and spoke the same way. The best thought leaders look at things from a different angle, open people’s eyes to new ways of doing things, and take their thinking further. In turn, they elevate their own impact and can become known for something new.

That’s what our friend Suzi McAlpine did. Suzi’s a leadership coach – and let’s be real, there are a ton of leadership thought leaders out there. But Suzi can take things we’ve always thought of and flip them on their head, taking a counter-argument to a lot of things within the leadership sphere. In particular, Suzi has got some points to make about Kiwis’ approach to burnout that’ll rock the boat (which you’ll find in her upcoming book, Beyond Burnout – coming out in February!). Suzi’s putting a dam in the flow of conversation about burnout, and she’s not afraid to say that the way we’ve been looking at burnout is wrong. She’s got a unique point of view, and she’s not scared to defend it.

Generosity with your ideas

Sure, a blog or LinkedIn post is sharing your insights – but is it really being truly generous with your ideas? Is it sharing your passion, and getting others excited to join you?

Thought leadership is so much more than the odd article. It’s about being there for the people you’re here to serve. It’s about making the effort to add value to their lives and work. Thought leadership is giving your knowledge freely and widely – not just to those who can afford your normal services. True thought leaders often feel duty bound to empower others; to create tools that others can use in their own work.

Engaging in thought leadership just for the sake of being seen as a leader, without any of the thinking and generosity behind your actions, isn’t truly adding value to the conversation. Being generous with your ideas, time, and expertise may seem like a tradeoff now, but it gives thought leaders a whole lot back in return in the long run (for a good read on why this is so effective, have a read of Give and Take by Adam Grant).

Take one of the awesome thought leaders we’ve worked with – Richard Conway. His business, Pure SEO, was already dealing with big clients and was immensely successful. They didn’t need to help smaller businesses or share their knowledge freely. But that’s exactly what Richard did – writing a book to help the businesses that Pure SEO couldn’t.

Richard recognised that smaller players in the market could still benefit from his ideas and expertise, even if they couldn’t afford it via Pure SEO. He knew that having an understanding of the internet and SEO levelled the playing field of business – and wanted to help smaller brands compete. Richard backed himself, knowing that he’d still generate leads with people wanting more of his expertise, despite giving a lot of the ideas away in the book How to Get to the Top of Google Search. And he was right.

The experience to back up what you’ve got to say

Like a backseat driver, no one likes an armchair thought leader. It’s all very well sharing what you’ve got to say, but thought leadership needs proven experience, research, and authority to back it up.

True thought leaders have been there and done that – that’s why people respect them and appreciate their insights. They’ve lived what they’re talking about, so can provide real advice and address the pain points they know people are feeling.

Consider someone like Verne Harnish – world-renowned thought leader and an expert in helping businesses scale up. As the founder of Entrepreneur’s Organization, he’s grown the organisation into a 14,000 member strong community across the world. As a scaling-up coach, he’s helped countless businesses grow and thrive. When people listen to Verne speak or read his books, they know his insights are coming from an immense amount of experience, not from wishful thinking. He’s been there and done it all, providing the advice and expertise that helped him along the way.

There are so many other ways to build thought leadership alongside great content that you might’ve never considered. It’s just as important to build a community of people around you; people who beat the same drum and empower you to keep sharing. There will always be people out there who want and need to hear what you’ve got to say – you’ve just got to find them.

Consider extending your thought leadership beyond just your content marketing. Is there a framework or model you’ve created that someone else can use? An offering that you can scale and share with a wider audience? It’s great sharing your expertise and giving your value to the people that need to know it, but there are ways to be creative in how you share what you’ve got to say.

Having the thinking, uniqueness, generosity and expertise behind your thought leadership separates great thought leaders from the rest. It elevates your impact, setting you apart as a true authority in your field. 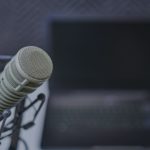 Previous Post Ideas and thought leadership: listen to Verity on the ICT Podcast 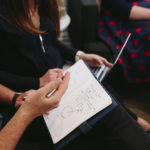