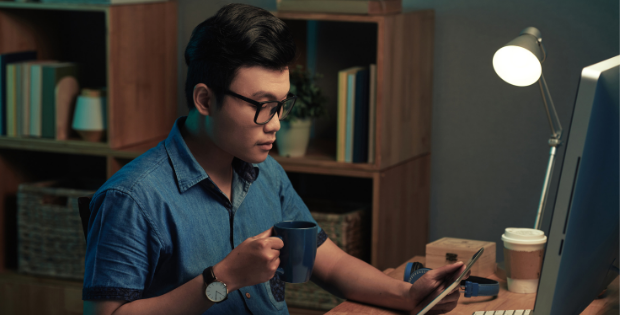 Let’s talk thought leadership during a recession. Right now, people are consuming more content than ever, spending more time than ever online and on social media.

So far daily time spent in social media apps has increased by over 20% year-over-year in Q1 2020 worldwide. And only 4% of people worldwide have claimed to not have increased their media consumption at all. I certainly have spent far more time scrolling LinkedIn than ever before, and I suspect many of you will have too!

That means there’s a huge opportunity to grab some of that extra attention by creating some incredible content and getting in front of your market for longer stretches of time.

If the big circle here is the attention economy, the small circles are you and your competitors. The big circle represents all the hours that your potential market spends online engaging with content, and the inner circles are different companies’ and individuals’ shares of that attention.

You may have one of the bigger shares of the overall economy, or you may take up less space – but either way, if you’re creating content that’s being engaged with then you’ve got a share of some sort.

So, what happens when the attention economy increases?

Not just that, but some brands have actually pulled back their marketing spend (either in terms of dollars or time) – which means that your competitors may be taking up less space and giving you even more of an opportunity to take a bigger share of that attention economy yourself.

Adding value rather than grabbing attention

Of course, when you put it that way, it all just sounds bloody opportunistic.

A lot of business owners were worried at the start of this crisis about putting out content or doing marketing at the moment because it felt like it was taking advantage of the situation – and that’s a very fair and real concern. But right now, you have a huge opportunity to not just grab attention, but to do so in a way that adds huge value.

For the first couple of weeks of lockdown, most of us didn’t have a lot of mental bandwidth. We were distracted by figuring out whether our family were safe and making sure our teams knew what they were working on. Now that we’re settling into it though, people have more time to engage, to upskill, and to think deeply. After all, there’s only so much Netflix one can watch before starting to feel a little braindead!

Instead of it just being about who has the top ad position or who can quickly solve our immediate problems, people are starting to look ahead. They’re looking for more interesting content that engages them, makes them think, and potentially challenges them. They’re looking for experts to turn to who will help them grow as people, or who will help their businesses to come out of this stronger.

The people and businesses who are going to come out best here are those who have put thought into their positioning. Those who are being informative and helpful in a way that goes beyond the same things that everyone else is saying. Those who are generously sharing their knowledge and expertise in a way that creates impact, has meaning, and builds connections.

The longer lockdown or social distancing goes on, the more opportunity there is for thought leadership – for venturing your version of ‘better’. More importantly though, there’s an opportunity for your audience to benefit from your ideas, experience, and leadership.

So, what will you do – take the opportunity to grow your share of attention by providing value or shrink and allow others to take up more space? 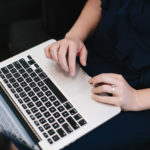 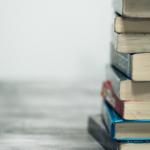